The news  for Ontario racing

The news  for Ontario racing is all bad these days, hopefully better days to come?  How about some betting today – and here’s the hunch bet for VALENTINE’S DAY … I KISSED YOU  at Gulfstream, trained by Mark Casse, whose birthday is today!

NOT FEELIN THE LOVE, WOODBINE has to cut jobs

From an imposing organization enjoying some of its best years of horse racing in its history to the headlines yesterday that the company is reeling from several events including the impending end on March 31 of the slots-at-racetracks program.

This is a horrible situation for the Ontario thoroughbred industry, almost as bad as when the end of SAR was announced a year ago and the bottom fell out of our breeding industry. The breeders have felt it bad, now the 2,300 people who have been working at Woodbine are feeling it.

109 are no longer with the company, a list that includes longtime media and sponsorship manager GLENN CROUTER, media office worker ASHLEY MAYOTTE,  a litany of TV department people including RENEE KIERANS, DAVE FREY, VP’S such as ANDREW MACDONALD and BRUCE MURRAY and the very popular JANETT MULLEN.

Another crucial move is the cancellation of the popular show BET NIGHT LIVE, which was on a couple of times a week for TB and standardbred racing, bringing in people from all over to learn about the game and watch JIM BANNON, SANDY HAWLEY, JASON PORTUONDO AND LAURA DYKEN discuss racing and betting.

So far, the layoffs, retirements have been coming in dribs and drabs and it is not certain if there are any more to come.

TORONTO, February 13, 2013 – Woodbine Entertainment Group (WEG) today announced a significant restructuring of its operating model. While the company recently announced new transitional agreements with the Ontario government and the Ontario Lottery and Gaming Corporation (OLG), the revenue from those agreements will be significantly less than WEG earned through the Slots-at-Racetracks partnership. As a result, WEG has had to take steps to reduce costs and achieve efficiencies through the implementation of a new operating model.

The changes implemented today will result in the reduction of some services at Woodbine and Mohawk racetracks. The employee impact goes through the entire organization, from the executive offices to frontline employees. Including changes implemented in late 2012, WEG’s total workforce will be reduced by 109 salaried positions and a significant number of hourly positions. In addition, a number of jobs will be converted to seasonal and the amount of hourly work available will be reduced.

“Today is a very difficult day for Woodbine Entertainment Group,” said Nick Eaves, President and CEO of Woodbine Entertainment Group. “The people we are saying goodbye to have helped build WEG into a world-class horse racing and entertainment company. As we confront these difficult but necessary changes to our company, we remain committed to delivering a superior experience to our customers and demonstrating vital leadership to the Ontario horse racing industry to ensure its long-term sustainability.”

WEG’s operating model, both on-track and off-track, will be realigned to better reflect the new agreements with government and the OLG and its recently announced reduced race schedule. In addition, internal operations are being downsized or amalgamated to align with these new financial realities.

“This restructuring of our operations is absolutely necessary to ensure the viability of our business during this period of transition,” said WEG Chairman Jim Lawson. “WEG and its government partners must continue to work together in order to achieve the only sustainable solution – the integration of horse racing into Ontario’s overall gaming strategy, which needs to include expanded gaming, operated by WEG, at Woodbine and Mohawk racetracks.”

LET’S SHOW SOME LOVE TO OUR HORSES TODAY (AND THE PEOPLE AROUND US!)

Thoughts and prayers to RACHAEL ALEXENDRA, who is recovering from surgery after having her second foal. 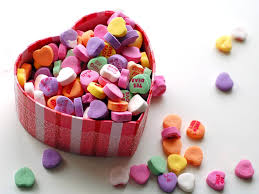 Was budgeted at  $45 million a year ago

Funding of up to $30 million will be used to develop the Standardbred and Thoroughbred components of HIP, through work that will take place in the near future consulting with stakeholders and the Advisory Groups.

“The Ontario government and industry continue to work toward ensuring a future for horse racing in the province of Ontario”, said Chair Seiling. “This funding envelope is in keeping with the position of the Horse Racing Industry Transition Panel — that HIP plays an important role in a sustainable horse racing industry.”

“The Horse Improvement Program is another milestone on the road to a renewed, sustainable future for horse racing in Ontario,” said Ted McMeekin, Ontario Minister of Agriculture, Food and Rural Affairs. “This program will provide important support for that transition.”

The 2013 HIP will be developed based on the program’s existing mandate and structure, both of which have served Ontario well for many decades. The program will be reviewed for changes necessary to reflect the new industry in the post Slots-At-Racetracks Program environment. While consultation with the Advisory Groups did begin in mid-December to address the urgency of 2013 breeding decisions, efforts will now be accelerated.

Wendy Hoogeveen, HIP Program Administrator, observed that the Ontario Horse Racing sector will be faced with many challenges over the next number of years. “But I firmly believe the future is bright for the Ontario-bred horse in this province. The Horse Improvement Program is well positioned to serve the interests of the stakeholders. And it will do so while providing government with clearly demonstrated benefits for its investment in the industry and for the economy of Ontario.”

The first workout for probable 2yo colt champion of 2012 UNCAPTURED is in the books and trainer Mark Casse was pleased. The Canadian bred went 35.60 for 4 furlongs and reportedly out in 48 and change (DRF report) at the Ocala Training  Centre on Feb. 13. His first race is to come on March 23 (38 days) in the Spiral or the Rushaway Stakes.

GO FISH! BLACK CAVIAR IS BACK

The Peter Moody-trained star, who will be bidding to extend her unbeaten record to 23, has not raced since landing the Diamond Jubilee Stakes at Royal Ascot in June.

She is aiming for her third win in the Group 1 Lightning, which will carry her name in its title.

QUALITY LASS, owned by West Point Thoroughbreds, won a starter allowance at Parx on Tuesday at 3 to 1. The Excluisve Quality – On the Podium filly was bred by Sienna Farms.

BRIGHT AWAY, owned and bred by Colebrook Farms, won by 8 lengths on Tuesday at Charles Town. The Colebrook runners have been doing well at Charles Town with training done by Doug Shanyfelt. The Marcavelly 3yo filly was winning for $7,500 at 6 1/2 furlongs.

CHIANTI KAT, a Bluegrass Cat filly out of Grapevine by Sadler’s Wells, dead heated for a win at Charles Town on Tuesday for $5,000 claiming. The filly is owned by Diana Chinn and was bred by Dr. Brian Van Arem in Ontario.

WHO’S BIG DADDY, an Ontario bred by Where’s the Ring – Cosa Rara, by Tethra, won for $5,000 claiming at Charles Town on Tuesday evening. The 6yo was bred by Hard Eight, Acott and Robert Fairlie.

DANCIN DAVID will try to win his second consecutive Barbados Gold Cup on the first Saturday in March but to do it, he may have to bring in a tough entry from owner Arthur Sharpe, who is expected to enter a horse from St. Kitts via the US, at the supplemental stage.