The John Gosden trained Mishriff (IRE), who is named after his owner Prince A A Faisal’s best friend, went one better than his second place finish in last year’s Saudi Derby when he caught Charlatan (USA) in the final 100m to win the US $20 million The Saudi Cup, the world’s most valuable race.

Ridden by the 21-year-old Irish jockey David Egan, the 4-year-old colt beat the Bob Baffert trained Charlatan, co-owned by Toronto’s John Fielding, by a length, with Great Scot (GB) finishing a further six and a half lengths back in third.

Gosden is one of the the world’s most successful trainers with wins in the Breeders’ Cup Classic, the Epsom Derby, the Arc among other top races.

Drawn wide, the 4-year-old son of Make Believe (GB)- Contradict (GB) by Raven’s Pass, got himself into a good position behind the leading pair of Charlatan and Knicks Go (USA), who set a good pace. Launched in the final bend, Mishriff picked up the grey Knicks Go, who would eventually finish in fourth position, fairly easily and then went after Charlatan.

Big-race rider Mike Smith was hard at work on Charlatan but could do nothing against a determined Mishriff, who covered the 1800 metres on the King Abdulaziz dirt track in 1:49.59.

Egan, who is the retained jockey of Prince Faisal, had not been able to partner the colt when he lifted the Prix du Jockey Club – the French Derby – in June last year, because of travel restrictions due to Covid-19 and was obviously delighted to win this important race. His father John Egan, himself an accomplished Group 1 winning jockey, was there to witness his son’s greatest success.

Hollie Doyle has become one of British racing’s shining stars with her exploits over the last few months and her talents were demonstrated on the global stage with a perfect late run on True Self (IRE) in the US $1,000,000 Neom Turf Cup.

True Self caught Ontario-bred Channel Maker in the late stages to win the the evening’s first race of the big night.

Now an 8-year-old mare, the Willie Mullins-trained True Self has been a real globe-trotter for Ireland, her most notable overseas victories to date coming with consecutive scores in the Queen Elizabeth Stakes in Australia.

Knowing that her mount would have plenty of stamina for the 2100m event, Doyle allowed For The Top (ARG) to take the field along before the big United Stakes contender Channel Maker (CAN) and Joel Rosario made their move along the back stretch.

Doyle, whose prolific streak of victories and first Group 1 success in 2020 even put her on the podium in the BBC’s Sports Personality of the Year Award, timed it to perfection, coming past Rosario with 50m left to run and a length and a quarter clear at the post to become the first female jockey to ride a winner on The Saudi Cup card. 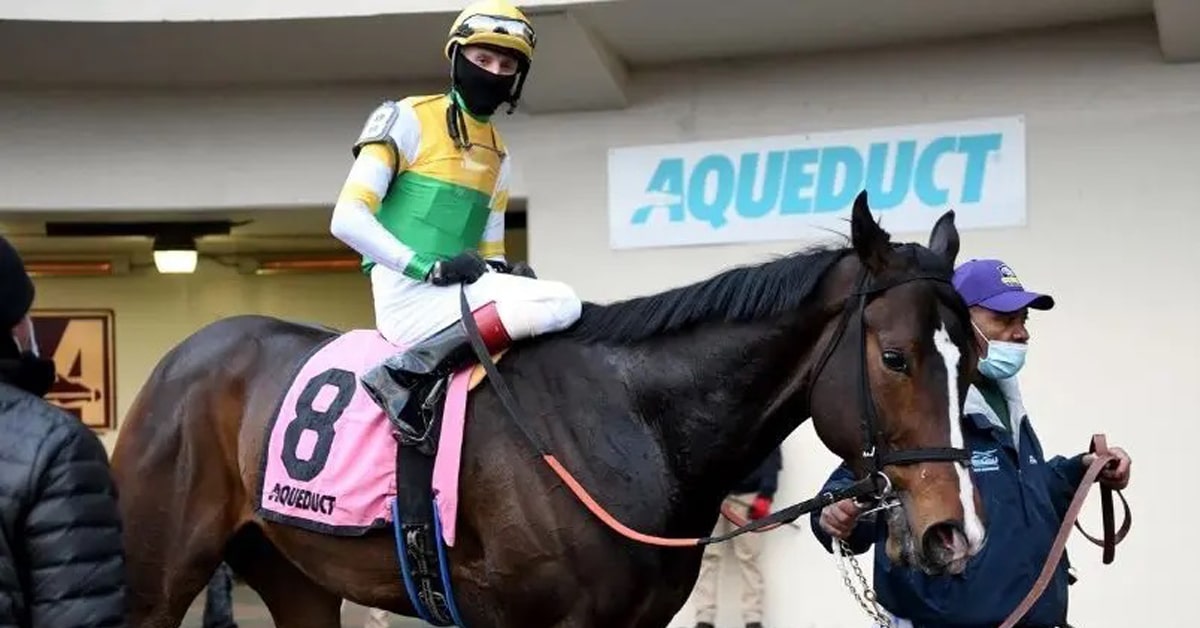