Prairieland Park Kicks Horse Racing Out of Sask. for Soccer

Saskatoon corporation's board of directors are in talks with Canadian Premier Soccer League, announce horse racing has ended after 50 years. 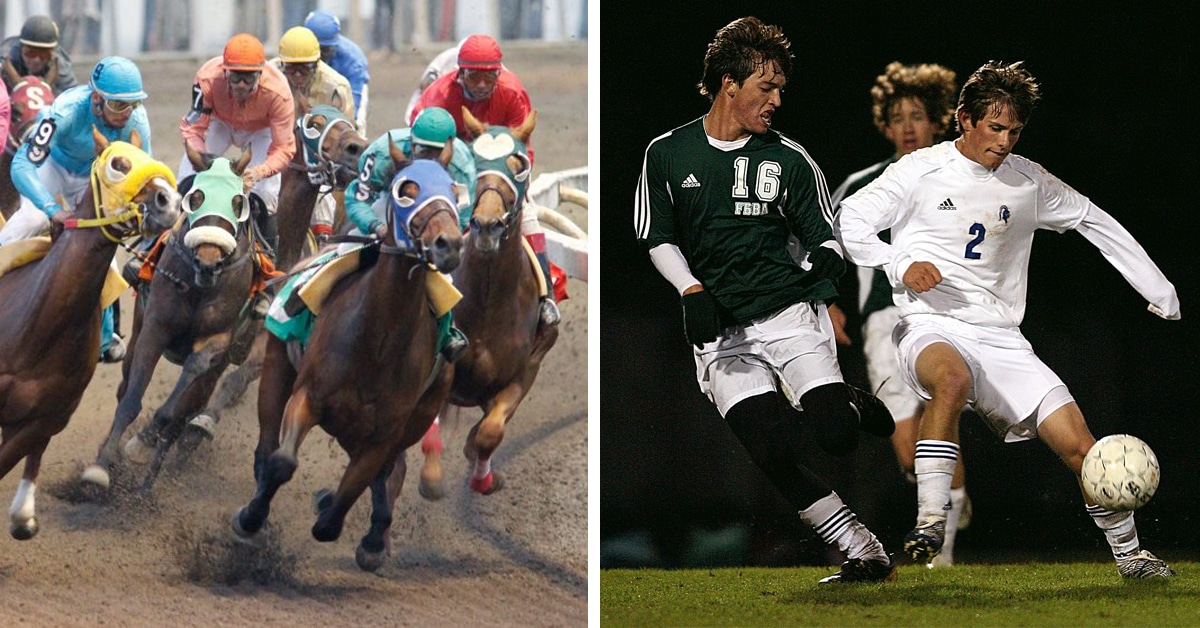 After 50 years of horse racing at Marquis Downs in Saskatoon, Saskatchewan, the sport is being ended by Prairieland Park as its board seeks a possible soccer team with the Canadian Premier League.

The press release issued by Prairieland Park, under CEO Mark Regier, came out March 12, devastating the Thoroughbred horse racing community and industry numbering over 500 people and hundreds of horses.

Horsepeople in Saskatoon are not going away quietly, however, as a rally is planned for Saturday March 13 from 12 to 2 p.m. Saskatoon time at Centre Mall. A notice of the rally on Facebook stated:

“Prairieland Park cancelled racing for a second year in a row, without even consulting the industry, without joining the HBPA to lobby for funding, and without a single regard for the 500+ horse people who are now without a home. They have acknowledged that this “effectively ends horse racing in the province.”

“Considering they’re the organization that has a monopoly on the industry in Saskatchewan, we will not be taking this.

“Prairieland has done all of this damage willingly and knowing full well that every other province had safe and successful meets last year without fans – some even broke records.”

Prairieland Park issued a release in February that the 2021 Marquis Down racing season would be cancelled citing the inability to have fans and the lack of some of its horsepeople not being able to return to Canada from southern parts.

On Mar. 12 its release led off with news of its discussions with the CSL and that Marquis Downs would shutter for good.

“Prairieland Park is excited to be a part of the discussion/negotiation with the Canadian Premier Soccer League (CPL) and Living Sky Sports and Entertainment to bring Saskatchewan’s first, and only, professional soccer league to Saskatoon.

“At the same time the Board of Directors of Prairieland Park has come to the difficult decision to permanently cancel Thoroughbred racing at Marquis Downs after a 50-year relationship with the sport.

“The decision to end Thoroughbred Horse racing was not come to lightly, however, the opportunity presented by CPL and Living Sky Sports will help lead Prairieland into the future, and the board felt it was the time to transition the track space at Marquis Downs to accommodate this new venture.

“Saskatoon Prairieland Park is a membership based, nonprofit corporation, first established as an agricultural society in 1886, the same year the first annual fair was held in Saskatoon. The Board recognizes the financial pressures felt by industry members in the wake of the announcement to end Thoroughbred Horse Racing at Marquis Downs, and will offer financial compensation in a one time payment to horse owners. For each horse that ran in three or more races in 2019, Prairieland will pay $1,000 to the horse owner.

“Prairieland is proud of its agriculture heritage and will continue to support the agriculture industry through annual events like the Western Canadian Crop Production Show, Saskatchewan Equine Expo, Beef Expo, Gardenscape, and our youth programs such as; Garden EXperience, Ag EXperience, Youth Leadership Conference and the annual steer sale. Those Prairieland produced events, along with the community events hosted in the dedicated Ag Center on the property will remain a cornerstone of our ongoing commitment to agriculture in the province.

“Additionally, Prairieland continues its negotiations with First Nations Groups to create and operate a First Nations Equine School and Indian Relay Racing Event at the Park.

“More details on this and other discussions will be released as those plans are developed.”

Report from the CBC here.