While the Woodbine racing community celebrates a huge weekend in racing, it will first honour one of its friends, Darren Fortune, who passed away after a training accident last week. A colt from the last crop of SCAT DADDY that born in St. Thomas, ON at Anderson Farms, sold for a whopping $1.1 million on Day 3 of the massive Keeneland sale this week.

The colt, bred by David Anderson, is the first foal of the Tapit mare ORCHARD BEACH, who raced at Woodbine for Anderson and trainer Roger Attfield.

“She had extreme speed,” Anderson told Thoroughblog. “Unfortunately she fractured her tibia. I got her to Scat Daddy when he was $30,000 (fee)”

Orchard Beach was purchased in utero, her dam is Song and Danz by Danzig,by Anderson in 2010 for $400,000. Song and Danz soon after.

“I truly believed he would bring a million,” said Anderson, whose father Bob founded Anderson Farms and was one of the first Canadian breeders to sell horses for $1 million or more at auction.

David Anderson has had a stellar season with horses bred and owned. He is the breeder of Wonder Where Stakes winner Inflexibility and he is the co-breeder of Woodbine Mile starter Tower of Texas and Grade 1 Natalma starter Wonder Gadot.

188 $120,000 from ROBERT MARZILLI for a Malibu Moon colt from England Swings, bred by Windhaven

308 a colt by Elusive Quality, half brother to Inflexibility, sells for $335,000, consigned by Anderson

547 MIKE DEPAULO purchases this Ontario bred by Street Sense for 90,000

Brisk commerce was the hallmark of business on the third day of Keeneland’s September Yearling Sale, where spirited bidding among the industry’s major buyers drove prices upward, led by the $1.1 million paid by Coolmore’s M. V. Magnier for a colt from the final crop of the globally successful sire Scat Daddy. The session topper was one of three yearlings that brought $1 million or more today, increasing to 11 the number of seven-figure horses sold during sale’s first three days.

Scat Daddy, who died unexpectedly in 2015, stood at Coolmore’s Ashford Stud near Versailles, Kentucky. The international success of his progeny has made his yearlings highly sought after at this year’s September Sale. A Scat Daddy yearling also topped the Tuesday session of the sale when a colt sold to Kerri Radcliffe Bloodstock for $950,000.

Today’s session-topper, the first foal out of the Tapit mare Orchard Beach, is an Ontario-bred consigned by his breeder, Anderson Farms.

“I’m more than thrilled – I mean this is over the top,” David Anderson said. “It’s my first million-dollar horse, and I couldn’t ask for a better home for him. I just hope he goes on and does well for the connections. He’s going to one of the greatest trainers in the world (Aidan O’Brien).

“As the momentum built the last day, a lot of the proper players in the game were looking at the horse,” Anderson added. “I felt like the stars were aligned for a big price, I just didn’t know how much. (Scat Daddy) has been very good to me, and I got on the bandwagon late. He’s just been a tremendous sire and I think it’s evident with the prices of his yearlings.”
“He’s very lovely. Looks like he’s going to be a fast horse, very good mover. He’s all quality,” Magnier said about the colt. “Mr. Anderson said he was the best horse he ever had on the farm, so let’s hope he’s right. It’s a lot of money for a horse. But he’s by the right sire that everybody wants, so I suppose he was entitled to it.”

COMING UP AT KEENELAND

This is a very striking, athletic colt. He has lots of bone and a big walk.

He is by STORMY ATLANTIC (sire of 100+ stakes winners), who has had
a well documented success rate at Woodbine Racetrack. STORMY is a unique
sire that has had graded stakes winners on dirt, turf and poly track from the
ages of 2-8 years old and from sprint to classic distances across North America,
South America, Japan and Europe.

The 4-year-old by Kitten’s Joy figures to be less than even-money in the 1 1/2 mile race which is one of several stakes events on the Saturday card.

On Sunday, the 2yos are the headliners in the Win and You’re In events, the Natalma – Grade 1, and Summer Sgakes, Grade 2. 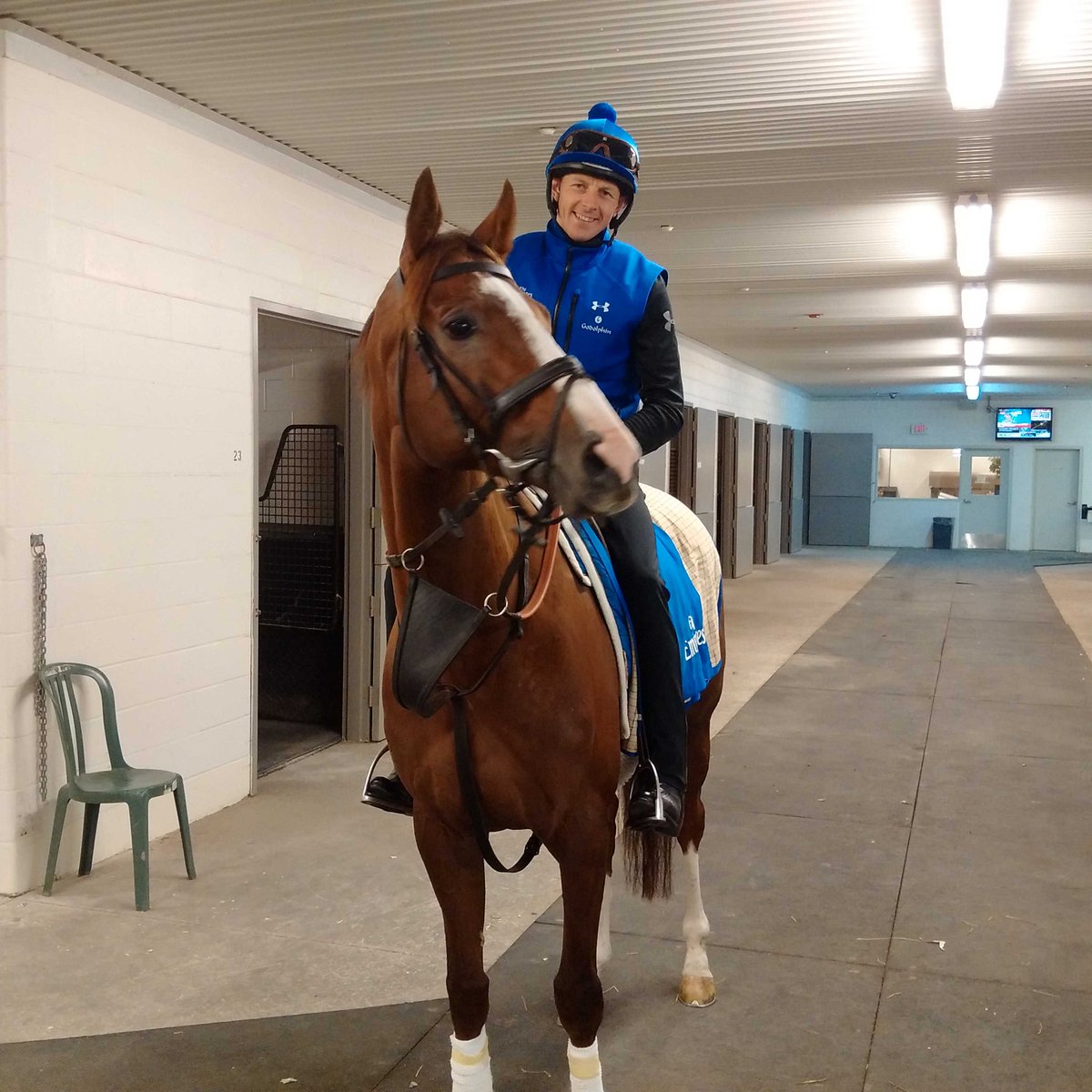